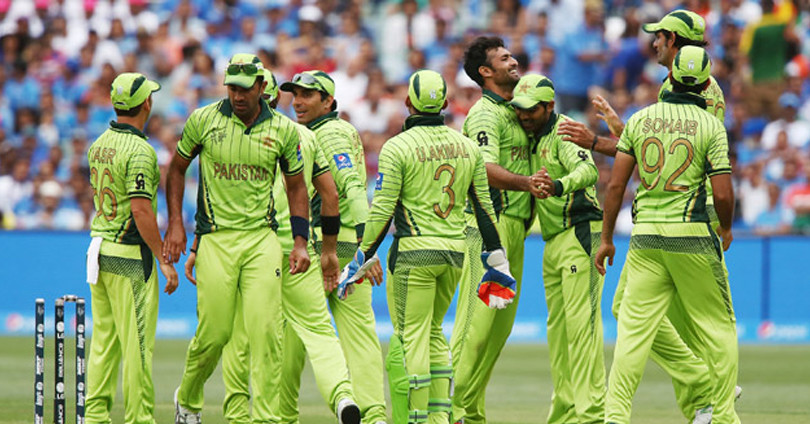 Pakistan narrowly secured its place in the ICC Cricket World Cup 2015. Pakistan beat Zimbabwe with 20 runs and this highly anticipated win against Zimbabwe allows green shirts to remain in the league to qualify for the World Cup quarterfinals.

In the super exciting match, Zimbabwe attacked well and fought hard to chase an easy target of 235 runs but reduced to 215 by the impressive bowling spells of Pakistani bowlers.

Pakistan had a low score of 235 to defend, but Muhammad Irfan got an early breakthrough and got two early wickets in his initial spell.

However, Brendan Taylor with his partnerships with Masakadza and Sean Williams put Pakistani side under huge pressure. It looked like Zimbabwe would easily cruise through the total in no time.

The scenario changed dramatically when Misbah introduced Muhammad Irfan for his second spell. He went on to take two more wickets. Wahab Riaz too helped was able to take four crucial wickets, which brought the national team into the game.

Wahab Riaz nominated man of the match for his all-round performance with the bat and bowl. He scored 54 runs and got four wickets.

With this win, Pakistan’s Net Run Rate reached at -1.373 and its overall position in Group B is at #5, fortunately above UAE. To stay in the World Cup, green shirts have to triumph their remaining matches as well.

It is a moment of joy and a ray of hope for disappointed Pakistani Cricket enthusiasts who spend their days and nights to see their favorite team win.  Let us hope for the best and pray for our national team.