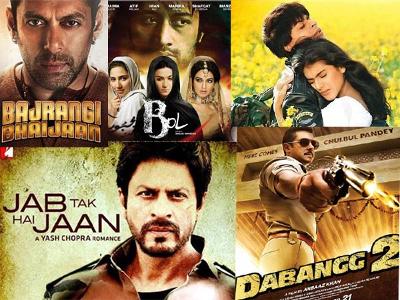 Ban on Pakistani actors in Indian movies including top tier actors Fawad Khan and Ali Zafar didn’t really ring even a single bell for us as a nation. We as a very keen audience continue to support and make Indian movies pave their way to the Pakistani cinemas. Similarly pride of performance award should be given to the concerned authorities for putting the final nail in coffin who lifted the ban on Indian movies. Lifting ban on Indian movies simply means knocking the hell out of our own film industry with bare hands. The dark side of this is even horrendous, we are giving boost to the Indian economy while they are waging war on our borders, through their media as well as sponsoring terrorist activities inside Pakistan according to intelligence reports.

Ground breaking movie WAAR made a good mark on Pakistani cinema and set standards for others to follow. WAAR did a record box office business in Pakistan’s history, which later on was smacked into pieces by Indian movies. Again salute to our audience who are always on their toes to start dancing to the tunes of Indian movies, we look at Indian actors as our ideals and role models; well it seems so.

Indian films account for around 70% of Pakistan’s box office. The dark truth is, the blood of our jawans who dedicate their lives for our homeland is on our own hands.

The ban was announced in September 2016, as a reaction to the rise of cross-border conflicts between Pakistan and India over the disputed territory of Kashmir. During the line of control (LOC) tensions, Indian actors including Shahrukh Khan, Akshay Kumar and Varun Dhawan among many others continued their support for the Indian soldiers and posted encouraging statements on Twitter to further fuel the tension.

The Indian Motion Pictures Association’s issued a resolution that clearly states to avoid working with Pakistani artists, singers and technicians, later on 48 hours deadline was given by nationalist party Maharashtra Navnirman Sena (MNS), which threatened consequences if Fawad and other Pakistani artistes in India did not obey the orders.

The irony is, Pakistani artists have been degraded and forced to leave India and on the contrary we are openly providing them the economic corridor. Hum sub ka Allah Hafiz.