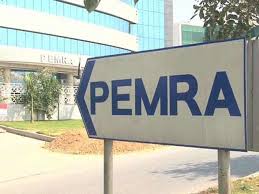 Pakistan Electronic Media Regulatory Authority(PEMRA) has raised concerns over the TV advertisements of Zong 4G and OPPO Mobile as these ads have shown substance that is against our cultural values and norms.

A recent trend in the advertisements and branding strategy has been observed where advertising firms are finding ways to outclass their competition by introducing scenarios where cultural limits have been surpassed.

According to the scenario in Zong’s AD, a song name “Boom Boom” is being played and a male model is being hit by a cricket ball in between the legs. According to OPPO’s Ad, the company has recorded shots of a model wearing inappropriate outfits.

PEMRA has confirmed, a lot of complaints have been registered against these ads from viewers after which, the organization itself checked these ads and found them unpleasant keeping in view our cultural values.

After which PEMRA coordinated with Pakistan Broadcasters Association and had a detailed meeting regarding the issue and requested them to censor the objectionable parts of these TV ads or totally ban the ads.

The media authority warned the organizations and gave them some time to reconsider the plot of these ads and also gave them the ultimatum to ban the ads completely if directions are not followed.