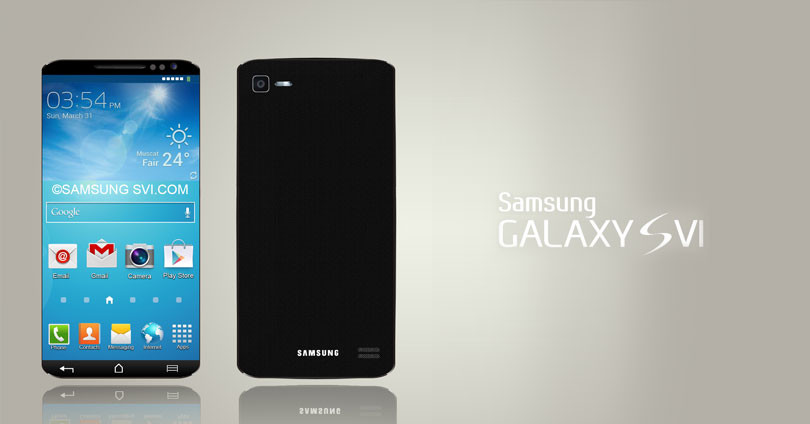 The Mobile World Congress Trade Show is going on now in Barcelona where the world’s tech giants are showing their priced products of the year. Samsung took the racks with Galaxy S6, which comes in two flavors, a Flat S6 and the Curvy S6 Edge, which has a screen that gives a curve affect which folds along its side.

Now there is no reason that Samsung made two versions other than the fact that company must lack confidence in committing to the curved design, because everything beside the curved is the same on both of these phones. They both used metal instead of plastic. The screens are 5.1 they can wirelessly charge. There are improved fingerprint readers and better cameras and they both have a new tap to pay feature called Samsung Pay that works well with the old swapping machines.

The new Galaxy S6 have no option for a “removable SD memory card and no removable battery” and unlike S 5 this is not waterproof. The option to replace a battery or memory card is what helps Galaxy stand apart from iPhone. Samsung is bumping up the internal memory starting at 32 gigs to make up.

The latest version of the Samsung Galaxy is made of an attractive fusion of glass and metal. Galaxy S6 is more solid and attractive and gives a premium feeling than the Sony Xperia Z.

Camera is one the main features of Samsung Galaxy S6 and stuck a 16MP sensor. Both versions have identical snappers to keep them as similar as possible… It seems, screen is the only differentiator.

Samsung Galaxy S6 has only 2550mAh, compared to the 2800mAh of the phone from last year. Interestingly, it can charge up enough for 2 hours’ video and music playback in just 10 minutes, which is a big plus for Galaxy Flagship S6.

The Samsung Galaxy S6 will most probably hit the market in April 2015 under the following price tag: