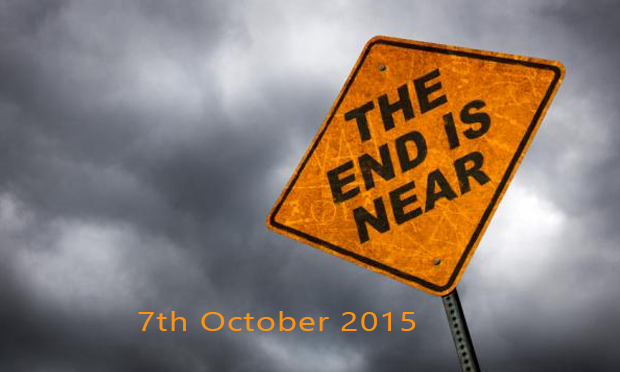 Modern civilization highly appreciate and follow science and technology. Today humans can easily predict future, analyze tomorrow’s happenings easily. The factors that can damage the earth or can harm humans are already been analyzed. Even if something bad happens to a specific portion of earth, scientists will be aware of that too. Still religious views have their own value and suspicions. Most of the time people relate science and their religious teachings and beliefs.

It is quite obvious that being a Muslim we have pre-knowledge or we can say we are guided thoroughly by our Holy Prophet PBUH that this world and its life is temporary. We are here to praise Allah and its creations. Allah has created this world and other worlds which are now discovered. Rather than Islamic believes it is a fact that we are living on a planet where millions of human beings live with different beliefs and perspectives. One common belief that every human owns is END OF THIS WORLD. According to Christian mythology 7th, October 2015 will be the last day of earth. This world will either diminish forever or either it could be collapsed and can be renewed later as history shows. From the history, we already have experienced an analysis regarding an end of the earth. It was a strong belief of Christian community that earth will be shattered on 21st May 2011. Many videos posters, billboards were organized to let people know about this end. Many get worried and many were relaxed as they were having different beliefs. The result of that prediction or belief is here, we are all alive, surviving on earth and planning for future.

Now again a proclamation arose from Cristian community, referring to 21st May 2011 and end of earth. Insight of this believes they say that right after 1600 days of 5th May 2011 on 7th October 2015 this world will be finish and Day of judgment will happen.

“There is a very good possibility that October 7th, 2015, which is 1600 days after May 21st, 2011, will be the last day of this prolonged period of time known in the Bible as ‘Judgment Day’.  On the last day, God will bring about the resurrection of the dead, and the rapture of all those elect living and remaining upon the earth.  And then, finally, the literal destruction of this world and universe with all unsaved people along with it.”

This is something that a specific community of people believe. What rest of the world believes is much important. Muslims Hindus Jews and other believers are obviously have their own faiths and believes but one common thing that gather all humans at certain point is science.

Modern scientists who recently has discovered water on mars didn’t accepted the concept came across regarding end of earth on 7th October 2015. The climatic conditions are favorable for the planet. No significance of disaster or destruction has been observed. The predictions or scientific analysis shows that life on earth will be continued on 7th October 2015 and even after it for many years.