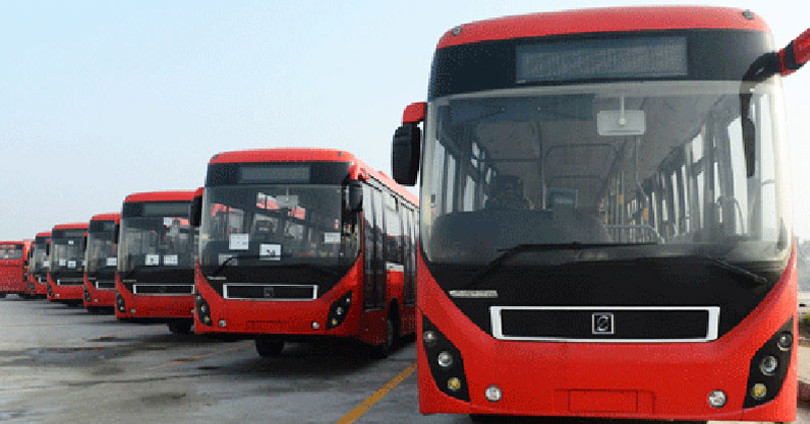 The much anticipated multi-billion RBT project is still under progress and testing the patience of people living in twin cities.

According to the official details, its first deadline was stated to be December 25, 2014 when the project was inaugurated by the Prime Minister. The date extended due to sit in Islamabad, and the second deadline was January 31, 2015, which also lapsed. A third deadline February 15, 2015, was then established, which also went by with little hope of completion of the project.

Again, the Metro failed to hit the track as we have seen another extension, March 23, 2015. Authorities decided inauguration ceremony of the project to be held on March 23, 2015, in which Prime Minister and Chief Minister Punjab will be the chief guests.

Ironically, the Metro Bus Project completion deadline is likely to be extended by 30 to 40 days again. The government has failed to achieve its fourth consecutive deadline for the Metro Bus Project and there is much to be done and it seems they need a few months for a cosmetic makeover of the substandard work done before.

In order to complete development work in an effective manner, the Islamabad section of the metro bus was divided into five packages and bidding for each package was held separately. However, the constructors failed to ensure the timely completion of the project whilst exceeding the cost of the project.

BRT: Where It Stands Now?

The gracious RDA has hinted that CDA might have to bear the expenses of repairing damaged roads during the construction of the metro bus track in capital.

The civic agency of Islamabad may have to rebuild roads damaged by Metro Bus contractors. These roads include:

Remodeling of Murree road from Flashman hotel to Faizabad has been started. This unexpected delay is causing severe environmental and health problems along with traffic jams.

Thanks to over smart contractors of BRT, now WASA has to re launch the desilting campaign of the Lai Nullah from Gowalmandi to Liaquat Bagh.

Metro stations are made of steel and glass, which looks good at first sight and give a better look. However, the excessive use of glass can lead to serious consequences. It’s a recipe for disaster, if something bad happens, these fragile glass stations will be vandalized by mobs and terrorists, as we have already seen in Lahore.

Are we such a nation who do not have a single qualified person to head this project besides, what is the use of spending billions on such a worthless project? The slow pace of development in not at all encouraging and it seems the contractors will take more time to complete the project.