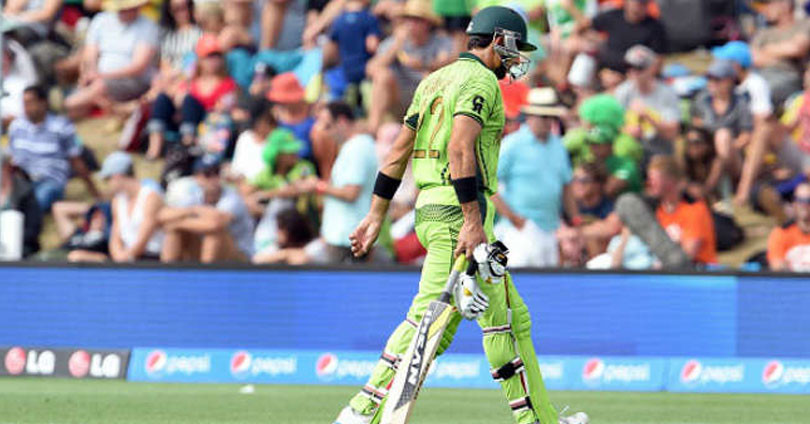 Pakistan’s unfortunate World Cup venture started with a shameful defeat against India in Pool B. After a hurtful 76-run beat to arch-rival in the opening match, green shirts were thrashed away by 150 runs by West Indies, sparking fans’ rage at the team.

Misconduct and lack of discipline

The misconduct of star all-rounder Shahid Afridi, opener Ahmed Shehzad and wicket-keeper batsman Umer Akmal forced Grant Luden to convey his reservations to PCB Chairman.  The conflict made the headlines and later Grant Luden complained that these players don’t cooperate and use abusive and immoral language.

Later, Wasim Akram, the former captain of Pakistan suggested that Pakistan’s bowlers need not just pace but discipline too in order to perform well.

Soon after the disgraceful defeat by the hands of Indian Cricket Team, another sang hit Pakistan’s Team’s World Cup campaign when Chief Selector Moin Khan caught on camera visiting a casino in New Zealand.  Cricket fans across Pakistan reacted angrily when the news broke on social and electronic media.

“I have brought shame to the nation in the mega event of World Cup 2015” he commented, apologized and case closed forever.

On the contrary, the honorable Chairman of Pakistan Cricket Board commented that Moin had only gone to the casino’s restaurant for dinning, not for gambling.

The legendary batsman Javaid Miandad blamed the top management for making silly decisions that lead to the downfall in the ICC World Cup 2015.

While commenting on the poor performance of Pakistan Cricket Team, he stated:

“It was nothing but a mind-boggling team selection that shocked millions of its fans around the world. What’s the science behind promoting Younis Khan as an opener? What’s the logic of leaving out a specialist wicketkeeper Sarfraz Ahmed when he could also bat aggressively? It was like pushing the panic button before the start of an all-important event,”

Cricket analysts across Pakistan blasted on poor management skills of Najam Sethi and sequel of defeats of National Cricket Team.

Najam Sethi has no links with cricket, but still representing the most anticipated game in Pakistan. Sethi, who is quite famous for pleasing his “foreign masters” in India, literally ruined the international image of our national team.

“I can understand the fans’ disappointment at the team’s performance in the World Cup matches but at same time it does not justify the sort of criticism against the players,”

Pakistan’s poor performance was extremely predictable and reflective of the mindset of the management and the team’s misconducts and lack of better performance in Cricket World Cup 2015. The Sethi regime has latterly ruined the professional image of our national team.